Per revised California Department of Public Health and Yolo County guidelines, indoor mask requirements have been updated as follows:

“Yolo County continues to see a decrease in both cases and hospitalizations since the Omicron peak on January 9,” said Yolo County Health Officer, Dr. Aimee Sisson. “I continue to strongly recommend that everybody wear a mask indoors because the case rate in Yolo County remains high. Choose the best mask in terms of fit and filtration that you can consistently wear. An N95, KN95, or KF94 mask is the most protective mask available.”

Our understanding of the effectiveness of masking has evolved over the past two years of the pandemic. By wearing a mask that fits well and filters well, like an N95, KN95, or KF94, you can protect yourself against COVID-19, even if others around you are not masked. This is called one-way masking.

People have different levels of comfort with recent masking changes based on personal circumstances. As we move away from requirements to recommendations, respect for an individual’s masking choices is paramount. This respectful approach is supported by State guidelines, which indicate, “No person can be prevented from wearing a mask as a condition of participation in an activity or entry into a business.”

Following recommendations from the Centers for Disease Control and Prevention (CDC) and the California Department of Public Health (CDPH), Yolo County has revised its local health orders to align with shortened COVID-19 isolation (PDF) and quarantine (PDF) periods, reducing the duration of isolation and quarantine to 5 days instead of the earlier 10 for most individuals. The shortened isolation and quarantine periods are based on scientific studies that show most transmission of the virus that causes COVID-19 occurs early in the course of illness, generally in the 1-2 days before the onset of symptoms and the 2-3 days after.

Isolation for individuals who have tested positive for COVID-19 can now end after 5 days, but only if the person has no symptoms or symptoms are improving, tests negative on day 5 or later, and wears a mask that fits and filters well over their mouth and nose when around others indoors until day 10. Because PCR tests can result in a positive test for a month or longer after infection, tests to end isolation need to be antigen tests. Yolo County has started planning to make free home antigen tests available to those testing positive.

Quarantine for individuals who have been exposed to someone with COVID-19 can now end after five days with a negative test on day 5 or later if the individual wears a mask that fits and filters well over their mouth and nose when around others indoors until day 10. The test to end quarantine can be either an antigen test or a PCR test. Individuals who have tested positive in the previous 90 days are no longer exempt from quarantine after close contact with someone with COVID-19, nor are individuals who are eligible for a booster dose but have not yet received their booster.

“Yolo County is aligning our isolation and quarantine requirements with those of the State and the CDC,” said Yolo County Health Officer Dr. Aimee Sisson. “The shorter time to isolate or quarantine allows children to return to school and adults to return to work. However, in order for the new guidance to keep us safe from the highly contagious Omicron variant, we need to respect the requirements to test negative before ending isolation or quarantine after 5 days and to wear a mask indoors on days 6-10.”

As part of the new guidance, home antigen test results will now be accepted as proof of either a negative or positive test, although some workplaces or schools can and may have stricter requirements. At minimum, an individual should document their home test result with a photo of the test result, the individual’s name, and date and time of collection. Individuals testing positive with a home test should report their test result to their healthcare provider or call Yolo County Public Health at 1-833-YOLOCOV (965-6268). An online reporting platform is under development as home tests become more common.

Dr. Sisson strongly urges Yolo County residents to take steps to protect themselves and others against COVID-19. Vaccination, and a booster dose if eligible, remains the best protection against COVID-19. With the Omicron variant, cloth masks alone do not offer enough protection. Upgrade your mask to an N95, KN95, KF94, or similar respirator, double mask with a cloth mask over a surgical mask, or place a PM2.5 filter between the layers of your fabric masks. Make sure your mask covers your mouth and nose without gaps between the edges of the mask and your face. Get tested if you have any symptoms, after close contact with someone with COVID-19, before leaving isolation or quarantine, or before and after a gathering or travel. In addition, stay home if you feel sick and pursue testing.

For information on the new guidelines and COVID-19, visit www.yolocounty.org/covid. The CDC and the California Department of Public Health also offer additional resources on COVID-19.

Santa to Arrive On Fire Truck 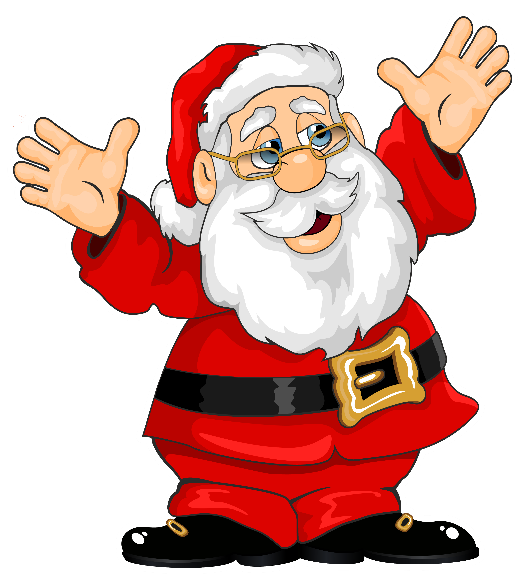 The West Sacramento Firefighter’s Association would like to extend its most sincere thanks and appreciation to all those who come out to make canned food donations, as well as to the Fire Chief & City Manager, for permitting the usage and decoration of the ladder truck for this annual tradition.

This year the Santa Run is scheduled for six nights beginning at 6:00 PM each night. Please note that the run each evening is based on the weather conditions as well. If it rains on a scheduled night we will try to make it up the next week. The decision whether to cancel or reschedule will be made one hour prior to the run each night and will be posted on the WSFD social media outlets Instagram and Facebook to assist families with their plans. We are looking forward to a great event and hope you can join us.

Please understand that Santa cannot get to every street. Santa’s route will not include trailer parks, courts or dead-end streets. For further information call (916) 617-4600.

We would like to remind all residents not to put piles of leaves in the street, but instead use your Organics Cart to dispose of the leaf piles. Leaf piles can cause street flooding and create hazardous road obstructions.

The City of West Sacramento has these few recommendations to help dispose of those extra leaves:

Please do not place piles of leaves in front of your house on the street. They won’t be picked up. We appreciate everyone’s effort to help address this matter.

During water shortages, like a drought, the City of West Sacramento may enforce extra measures to ensure water is used beneficially. The following forms of water waste are always prohibited:
Allowing irrigation to run-off to streets and gutters.
Using a hose not fitted with an automatic shut-off nozzle to wash a vehicle.
Irrigation of landscape during rainfall.
Running an irrigation system that applies water to an impervious surface or that is in disrepair.